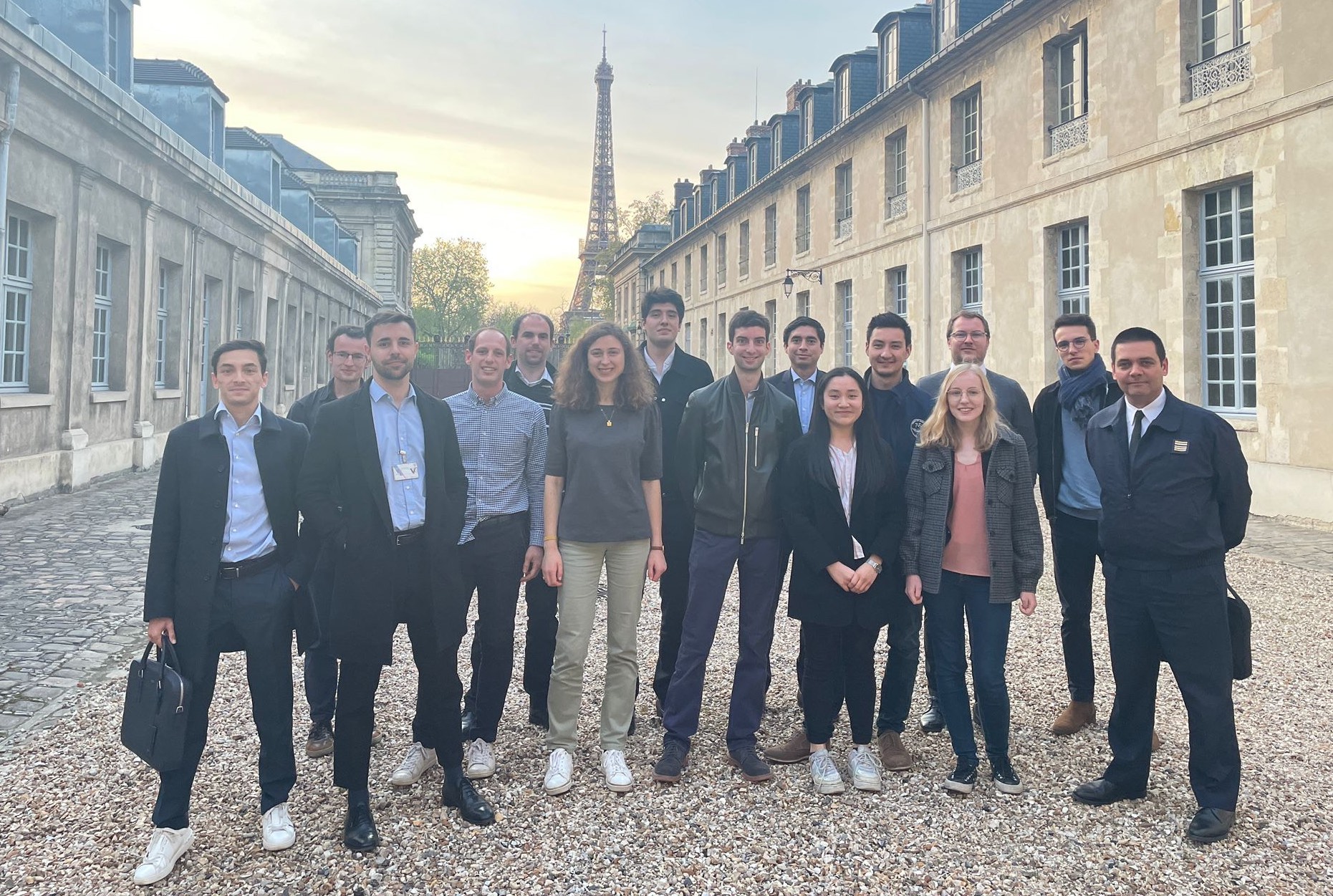 On March 14, 2022, an exclusive ORAJe conference was held at the Ecole Militaire (Paris) with Lieutenant Colonel Marc-Antoine Gérard on the topic of Future Combat Air System. The event brought together fifteen guests and allowed the French Air and Space Force to shine through its technical and strategic excellence. This was a particularly memorable meeting for the ORAJe members and their guests.

Lieutenant-Colonel Marc-Antoine Gérard, former Rafale pilot and now Staff Correspondent Officer (OCEM) at the French Air Force. He is in charge with his team of defining the combat system of the 2030s. His experience on fighter aircrafts, 500 hours on the Typhoon and 800 hours on the Rafale, allows him to have a legitimate influence on the choices made. A second team is working on the FCAS (Future Combat Air System) for the 2040 decade.

After a presentation of the history and the operational use of the French fighters, Mirage and Rafale, the Lieutenant Colonel gave an update on the impact of the war in Ukraine on our armies and our future needs.

Fighter aircrafts are always designed to meet a specific need, that is dictated by a political framework to preserve France strategic autonomy and independence with nuclear deterrence as a base. This autonomy gives freedom of assessment, decision, and action.

In 2031, our army will have only two fighters, the Rafale and the Mirage M2000D, renovated five years ago to serve of air strike support for the Rafale until 2035. To formulate the next-generation requirements, all the fields must be included to anticipate threats and to work on the kill chain: detection, identification, and localization.

Threat detection is a particularly critical element, and sensors are now taking the lead over platforms themselves during a fight. The need for a drastic increase in sensor performance is therefore one of the key objectives. The electromagnetic threat is also an element that must be considered to prevent communication jamming on a system of system.

Tomorrow’s battle will be based on collaborative battle between nations. It will be necessary to communicate in real time for any situation between allied countries. The creation of a combat cloud, with a system-of-systems approach, is therefore the main purpose of the teams working on the 2040s. The FCAS, composed of a New Generation Fighter (NGF), Remote Carriers and a Combat Cloud, may need Space farms (Data Centers in Space). For the Lieutenant Colonel, this will be critical, and if we fail on the Combat Cloud, we will miss the future battles.

Several connectivity issues remain. Among them, the connection of systems from different generations, or the communication between any air and ground system in real time.

Lieutenant Colonel Marc-Antoine Gérard concluded this conference by emphasizing the fact that combat will totally change its paradigm in the upcoming decades. To him, the soldiers of tomorrow will also work on the cyber universe (attack, defense, cloud, communication etc.). We would like to thank once again the Lieutenant Colonel for his precious time allocated to this event.

This website uses cookies to improve your experience while you navigate through the website. Out of these cookies, the cookies that are categorized as necessary are stored on your browser as they are essential for the working of basic functionalities of the website. We also use third-party cookies that help us analyze and understand how you use this website. These cookies will be stored in your browser only with your consent. You also have the option to opt-out of these cookies. But opting out of some of these cookies may have an effect on your browsing experience.
Necessary Always Enabled
Necessary cookies are absolutely essential for the website to function properly. This category only includes cookies that ensures basic functionalities and security features of the website. These cookies do not store any personal information.
Non-necessary
Any cookies that may not be particularly necessary for the website to function and is used specifically to collect user personal data via analytics, ads, other embedded contents are termed as non-necessary cookies. It is mandatory to procure user consent prior to running these cookies on your website.
SAVE & ACCEPT